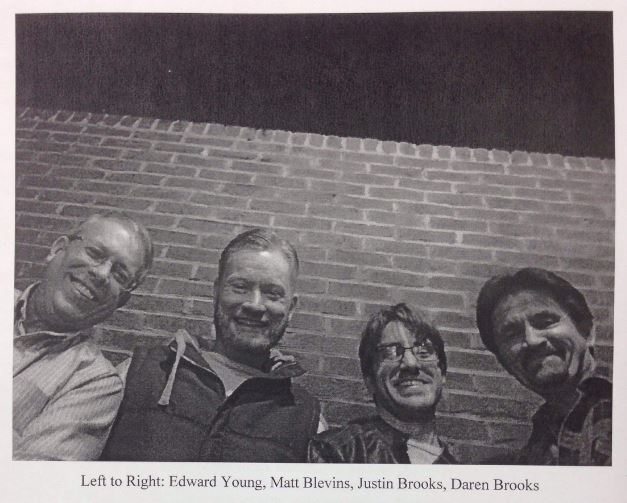 Brother Lazarus takes classic & southern rock, blues, folk, soul, country, and roots gospel and blends it to produce some of the best Americana music heard today. All the members are seasoned musicians with lots of experience in and out of the studio as well as touring. Their music is guaranteed to quicken your heartbeat, stir your soul, and give you happy feet.

Edward Young – Guitar and Lead Vocals
Edward is an award winning singer/songwriter/multi-instrumentalist. He started playing the guitar at the age of nine, and over the years learned to play many other instruments. His Group Back Valley was the opening act for the 2016 Bristol Rhythm & Roots Reunion.

Some of his band credits include playing with:

Daren Brooks – Lead Guitar and Backup Vocals
Besides playing guitar with Brother Lazarus, Daren is also currently the guitar player for Nashville recording artist Tony Justice. Daren toured with the award-winning gospel group, The Browders. He is also the musical director and lead guitarist at the Marion campus of Highlands Fellowship Church. Daren started playing guitar when he was nine, and started playing in bands when he was sixteen. Playing with various groups over the years allowed him to play many different musical genres. Daren has done studio session work as well.

Justin Brooks – Bass Guitar
Justin is also the bass player for Nashville recording artist, Tony Justice. Since learning to play, he has performed with several different groups and played various musical genres. He is currently employed at Highlands Fellowship as a musician at the Marion campus.

Matt Blevins – Drums, Percussion, and Backup Vocals
Matt was formerly a member of Sweet Revelation Band and the Southbound band with Michael Shaun Brown, who currently is front-man for Nashville’s Bone Feather band. He has also played with Tri-cities favorite, Quarter Bounce, spent time with blues/gospel group Retrocelctic, as well as toured nationally with Southern Gospel heavyweights, The Browders. More recently, he has been playing with the well-known regional act, Acoutifried. He is also a full time drummer for Highlands Fellowship church at Modern Elevate venue and student bands, as well as currently at the same church’s popular country venue.